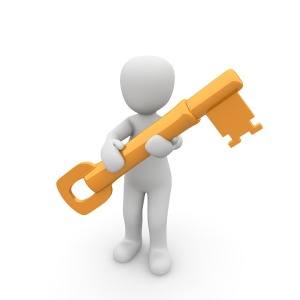 This is what I now know: communication is the key to reaching out to the speech and language therapy profession. Stating the obvious you may think, but not entirely. I have really realised the incredible value of my wonderful networks of friends and colleagues. These are what have enabled me to disseminate my survey on speech and language therapy and primary progressive aphasia so far…but I need to reach even more people. This is the link:

I used to think networking was nice; a peer support tool. I enjoyed the “we are all in this together feeling”. I met other like minded therapists with whom I could share my clinical woes. This was important to help me cope with some of my most challenging clinical moments; for example when I had to shoulder the burden of my patients emotions, when I felt broken by the unfairness that faced many of my lovely patients, when I felt the system let my patients and me down. Equally to share some of the stranger moments: community visits are a treasure trove of unusual experiences. And working with a large team of predominantly female colleagues can be challenging to say the least. I could go on. But these networks allowed me to blow off some steam.

I met some very knowledgeable speech and language therapists with whom I could have great clinical debates and discussions.  I felt able to share clinical cases and contemplate complex clinical questions. Often this resource of “clinical experts” were more up to date than the latest test book sat on my shelf, and more easily accessible than those journals articles which many national health networks have little access to. These expert colleagues are another “evidence base” for me.

Gradually I found opportunities, built links with clinicians and academics, and was invited to collaborate on ideas, presentations and committees. It was these networks that enthused me to feel I could actually write my first book on assessing and managing progressive communication and dementia. I picked a friends brain (and speech and language therapist) on who to approach at UCL about furthering my research career to do a PhD. It was at a networking event that I was first invited to do the dementia lectures on the UCL speech and language masters course.

And now I am really reaping the rewards of these networks. I am asking friends, colleagues and acquaintances to pass my survey forward. These networks form the gateways to networks of other speech and language therapists. I am attempting to reach to the far corners of the profession, to speech and language therapists who have any experience of seeing people with primary progressive aphasia. I need to know what is happening, what are these patients like, what kind of assessments and therapy do speech and language therapists do with this group. This is a new area of practice and we do not really know what is happening out there in the real world. We need to inform our practice and use this for future teaching and learning. If you know anyone who may not have filled in my survey please pass it on and pay it forward. I am ever so grateful. Please see the link below:

Or email me at: a.volkmer.15@ucl.ac.uk for more information.

We need you! I am looking for speech and language therapists who have worked with people with diagnosed or probable primary progressive aphasia (PPA) and fronto-temporal dementia. If you have had people with this diagnosis on your caseload please complete the survey – accessible via this link:

PPA (a type of dementia) is a progressive language impairment. It is often diagnosed when people are in their 50s and 60s. Speech and language therapy services provided to this group are variable, anecdotally I have heard these services may be funded by different parts of a trust if at all.

It is difficult to know what speech and language therapists actually do in clinical practice for people with PPA or fronto-temporal dementia due the limited evidence available in this field. As mentioned we do know that this is typically a younger onset dementia, so people are often still working and living busy lives when they are looking for a diagnosis. There is some evidence that naming therapies can maintain people’s language. By naming therapies I am referring to tasks which require the person with primary progressive aphasia to do daily exercises (a bit like drilling) which may include naming pictures, describing their function, listening to or writing the word down, picking out the first and last syllable or sound, rhyming the word or repeating the word. But people with PPA and fronto-temporal dementia have other communication needs.

Last summer I was awarded an NIHR Doctoral Research Fellowship to complete a PhD at UCL, supervised by Dr Suzanne Beeke and Dr Aimee Spector. My research will focus on refining and piloting an intervention for people with PPA.

The first stage of my research is to conduct a survey of current speech and language therapy practices across the UK. If you work with adults with neurological conditions and have seen someone with PPA in the last 24 months please complete my survey. The link is:

I am currently only planning to keep the survey open for the next couple of months so please do distribute and respond if you are able.

It is important that we understand what is happening across the speech and language therapy profession for this client group. Dementia and the early onset variants of dementia such as PPA may be one of the biggest expanding areas for us as a discipline. The next stage of my research as I develop an intervention will be to ask people with PPA themselves what they would like speech and language therapy to focus on as I go on to develop a suitable intervention program.

Or email me at: a.volkmer.15@ucl.ac.uk for more information.

Prior to 1959 people who were considered “non-compus mentis” were cared for under the “parens patriae” principle. Literally translated this meant that they were ‘parents of the country’ and decisions to protect them and their property were made by the Crown (the Lord Chancellor). These people were often described as “Chancery Lunatics”. In 1959 the “parens patriae” jurisdiction gave way to the Mental Health Act. This Act instructed that “the judge may, with respect to the property and affairs of a patient, do or secure the doing of all such things as appear necessary or expedient…for making provision for other persons or purposes for whom or which the patient might be expected to provide were he not mentally disordered” (section 102 (1)(c)). Unfortunately, this Act did not make adequate provision for non-financial decisions such as medical decisions. During this period it was case law that guided professionals in supporting their patients who lacked capacity in medical decision making. It was not until 2005 that the first Mental Capacity Act was given Royal Assent, accompanied by the Mental Capacity Act Code of Practice in 2007.

I returned to the UK from a 5-year stint working in Melbourne, Australia, just after the Mental Capacity Act had been published. Mental capacity was on the tip of everyone’s tongues and as the speech and language therapist working on a multi-disciplinary team I became an integral part of this process. Patients I was seeing, often people with primary progressive aphasia or other types of dementia, were asking about how to make future decisions. They and their families were keen to understand how the mental capacity act worked, how to prepare for the future and how to have their voices heard. On the other side of the coin I was working on an inpatient ward where staff were concerned about ensuring we were fully assessing the decision making capacity of people with cognitive and communication difficulties, often holding best interest discussion to plan for the future of these individuals. Many of these decisions related to dysphagia, but others related to accommodation and finances.

What concerned me was the lack of evidence available across the speech and language therapy arena in this area. There was little to none in terms of written research, let alone written advice or even examples of good practice tailored to speech and language therapy clinicians. As I asked around I found an enormous disparity in the services that speech and language therapy clinicians were providing across different trusts. I had previously written a book on dementia, and had included a chapter on assessments of decision-making. At this stage some of the only research related to communication and decision-making had come from Talking Mats. This had demonstrated that using the talking mats tools can support families and caregivers in conversations with their loved ones when discussing decisions to be made. They found that conversation enabled people in understanding, retaining and expressing themselves in decision-making discussions.

Following a particular stimulating discussion with the publishers at J&R press, they invited me to submit a book proposal on this topic. As I was developing this idea I found the topic of mental capacity was raised more and more often at study days and seminars I attended. At these study days I started linking in with more like minded speech and language therapists such as Mark Jayes, Hannah Luff and Claire Devereux. These were clinicians who all agreed on the diversity of our potential role in supporting our patients around mental capacity issues. These common interests enabled a collaboration. Our book is being printed as we speak, with a publication date in mid February.

Through these connections I became aware of other work being done; Mark Jayes holds a NIHR doctoral fellowship award and is conducting research in the development of a communication and capacity assessment tool kit. Claire Devereux is the chair of the Southern Psychiatry of Old Age Clinical Excellence Network, together we have held a workshop with the clinical specialists where we developed a consensus document on role of the speech and language therapist in capacity assessment. This is to be published in Bulletin magazine later this year. Hannah Luff is a clinical lead speech and language therapist at South London and the Maudsley NHS Trust and is currently a member of the review panel looking at the NICE SCIE dementia guidelines.

The wonders and value of networking never ceases to delight, enthuse and inspire me! And you can purchase our book at the following website (there is currently a discount rate until 21st February):